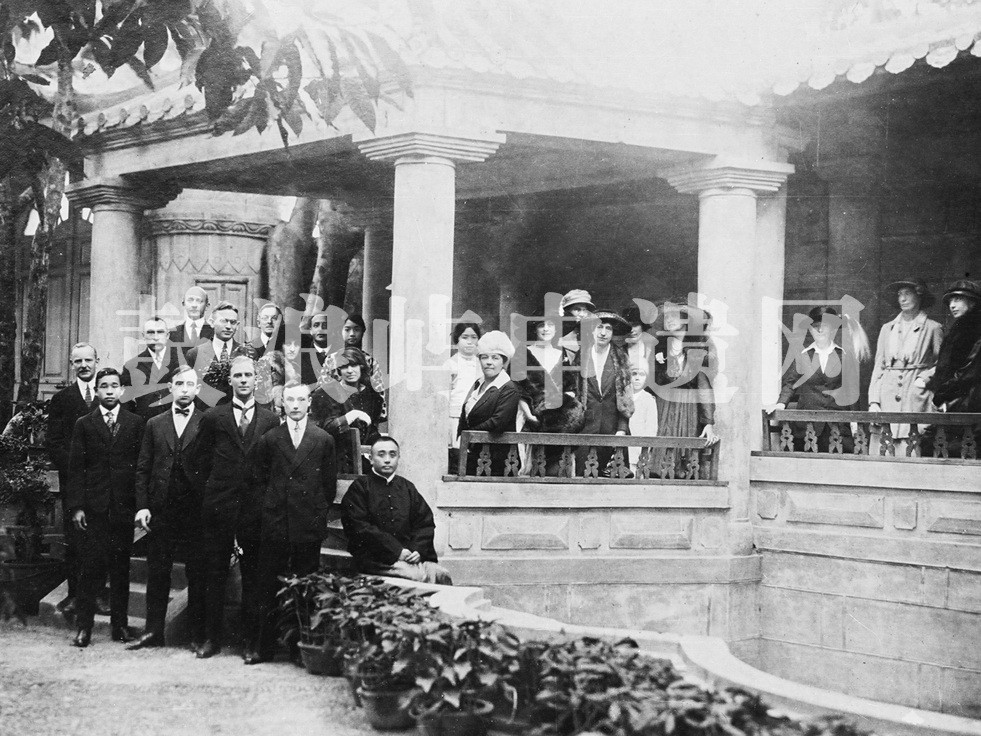 Kulangsu had been a desolate island named “Yuanshazhou (Round Sandbank)” or “Yuanzhouzi (Round Bank)” covered by lush grass. It is said that, in late Song Dynasty and early Yuan dynasty, some fishermen, whose family name was Li, had built their houses and settled on the northwest of the island, giving the name of this place as “Li Cuo Ao”. Since then, the island had experienced a comparatively long development period until 1840, when Opium War broke out. A rich traditional local culture was accreted on the island, with the culture of southern Fujian as its major element. At the same time, thanks to its close geographical proximity to the sea and the characteristics as an islet in the sea, Kulangsu was closely tied with foreign countries, especially Southeast Asian regions and Japan through maritime trade at the early stage.

The historical documents Fangyu Jiyao made records of the early development of the Kulangsu Island, “there were dwellings in Kulangsu and adjacent islets formerly. Inhabitants there moved to the mainland in the 20th year of the Hongwu period (1387), and after the Chenghua period (1465 to 1487), residents came back here.”

From the Jingtai period to the Tianqi period (1450 to 1627) of the Ming dynasty, Zhangzhou Yuegang Portat the estuary of Jiulong River was very prosperous with direct trade contacts with 47 countries and regions in Southeast Asia and Indochina Penisula (North Korea, Ryuku and Japan),and countries in Europe and America through Luzon (the current Philippines). The rising and prosperity of Yuegang promoted the connection of Kulangsu on the only way to the sea from Yuegang with foreign countries. In early 16th century when European colonists began to enter mainland of Southeast Asia and adjacent island countries, Xiamen gradually replaced Yuegang to be the sea trade gateway in southern Fujian. In the 11th year of Zhengde period of the Ming dynasty (1516), Portuguese privately traded with local vendors in Wuyu outside Xiamen Port, marking the beginning of maritime trade between western countries and Xiamen. Until the 17th century, islands of Xiamen and Kulangsu were specifically marked on nautical chart by westerners.

In 1878, an Englishman, Herbert Allen Giles, said in the book “A Short History of Koolangsu” that there was foreigners’ cemetery with old tombstones at northeastern seaside of Kulangsu, some of which were hard to read as the handwriting was faded due to the age and weathering. The tombstones for European sea traders during the 18th century in Tianwei bear testimony to cultural exchange between the western countries and the southeast coastal area of China. In this way, Kulangsu Island, which was in the vortex of Sino-foreign maritime exchange for ages, was open to overseas exchange and foreign cultures on top of local traditional culture.

In late Ming and early Qing dynasties, it was said that Zheng Chenggong once garrisoned in Kulangsu Island before Taiwan’s recapture, built Longtou Hill Village and practiced naval forces, leaving many historical sites and relevant legends on the Kulangsu Island, such as Gate of Longtou Hill Village and Koxinga’s Well. Many famous descendants made cliff inscriptions as eulogy, adding strong national emotional color to the islet.

In the 23rd year under the reign of Emperor Kangxi (1684), the Qing government set up the Fujian Customs in Xiamen and its branch in Qingdan on Kulangsu Island, which were governed by front camp. Aojia was dispatched to manage merchant ships, fishing boats and ferries. The seclusion of Qing dynasty and policies with restrictions on maritime trade dealers and foreign trade had negative impact on the development of coastal regions. Under the reign of Emperor Qianlong, there was a small population on Kulangsu Island. Until the early 19th century, three main traditional settlements were formed at Neicuo’ao, Lu’erjiao and Yanzaijiao.

Although the Neicuo’ao Settlement was burnt down in mid-19th century, Huang’s family moved to today’s Kangtai Road, Jishan Road and Neicuo’ao Road, bringing vitality to the settlement. Lu’erjiao Region underwent the construction and renovation by westerners in second half of the 19th century and Chinese and overseas Chinese in the early 20th century, so it is hard to find relics of native residential houses. Yanzaijiao dwellings provided us the opportunity to have a glimpse of the buildings in the middle and late period of the Qing dynasty (19th century) kept in the northeast area at the foot of Sunlight Rock, the traditional southern Fujian red brick house yards and ritual buildings ( Four-Courtyard Mansion, Da Fu Mansion and Huang’s Ancestral Hall) are still well-preserved till now. These dwelling remains show the ethics affected by scholar-official culture of Confucian scholars and lifestyle of part-time learning in the ancient Chinese society, as well as profound connotation of early southern Fujian traditional culture of Kulangsu. According to the cliff inscription about the Sanhe Palace’s Reconstruction, Zhongde Taoist Temple, Sunlight Rock Temple and other early cultural relics in different regions of the island, these religious relics, Buddhist temples and Taoist temples dated from the Ming dynasty (15th century) reflect the living conditions of islanders at that time from the other side.