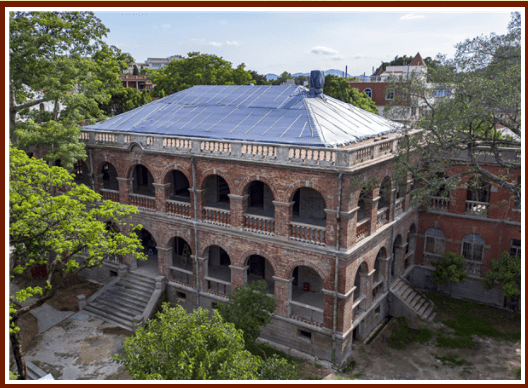 The former Japanese Consulate, built in 1879, is the only 19th century embassy building still intact upon Kulangsu. The Japanese Police Station and Staff Quarters were built on the south side in 1928. In 1936, the Japanese consulate became the Japan consulate general. In 1937, after the outbreak of the Anti-Japanese War, the consulate was closed, but reopened after the Japanese occupation of Xiamen in 1938. After the victory over Japan, all assets of the consulate were confiscated by the ROC government.