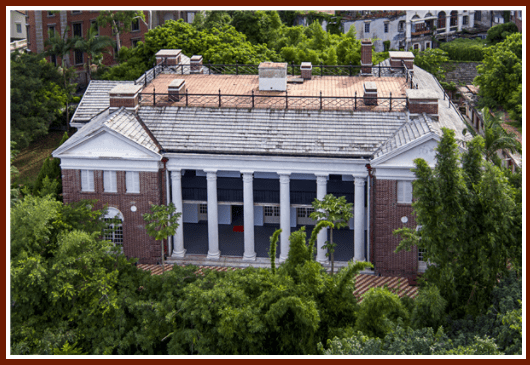 The American government obtained the land for this sweeping brick property, near the [San Qiu Tian tourist ferry port], after negotiations with the Qing Dynasty government in 1871 but did not build its consulate until 1893. The former consulate was destroyed in a fire in 1904 and the existing consulate was built in 1930 in the American Classical Revival style by using red bricks imported from the United States. The building is currently privately rented, and the interior cannot be visited, but the gardens and sprawling mansion are visible from the street by the San Qiu Tian ferry.