There are four separate cemeteries spread out around a single rolling hill in Nei Cuo Ao. All of them are beautiful, lush, mysterious, and overgrown with centuries’ worth of vegetation, and are well worth exploring and photographing. 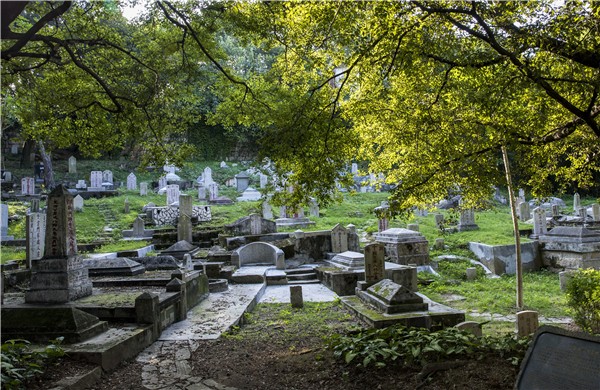 Christians were mainly buried in the graveyard near Anxian Hall, especially Chinese Christians who lived on Kulangsu. The cemetery was divided into three areas forming a triangle, with Anxian Hall in the center, #1 cemetery group in front, #2 to the back and #3 on the side.