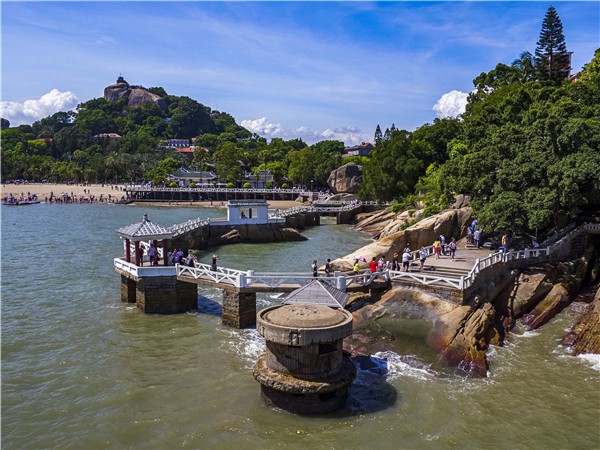 After the Sino-Japanese War, the Qing government ceded Taiwan to the Japanese, and Taiwanese magnate Lin Erjia moved to Kulangsu with his family. In 1913, he built a garden on the slope of Kulangsu’s Caozai Hill and named the Garden after his “courteous name” of “Shuzhuang,” which is pronounced similarly in the Southern Fujian Dialect. The garden has two areas. “Bushan” (Repair Mountain) was built in 1913 and “Canghai” (Hidden Sea) was completed on Lin Erjia’s 44th birthday in 1919, hence the name “Forty-Four Bridge”.

One ticket gets you into both the Shuzhuang Garden and Piano Museum.