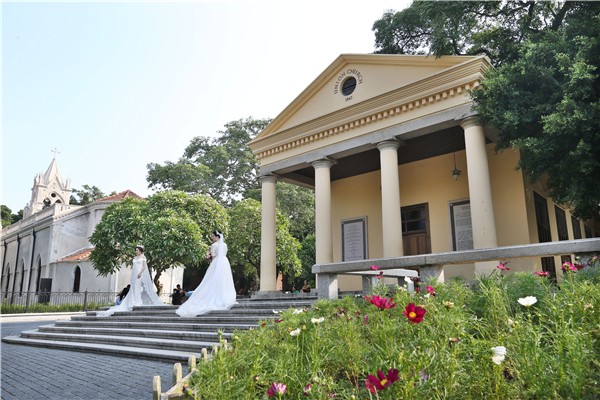 Union Church, Kulangsu’s earliest church, was built in 1863. The church was named as “The International Church”in the beginning and renamed as “Union Church” in 1875. Its construction was funded by believers from three denominations, the American Reformed Church, London Missionary Society, and English Presbyterian Mission. The Union Church was rebuilt again in 1911.